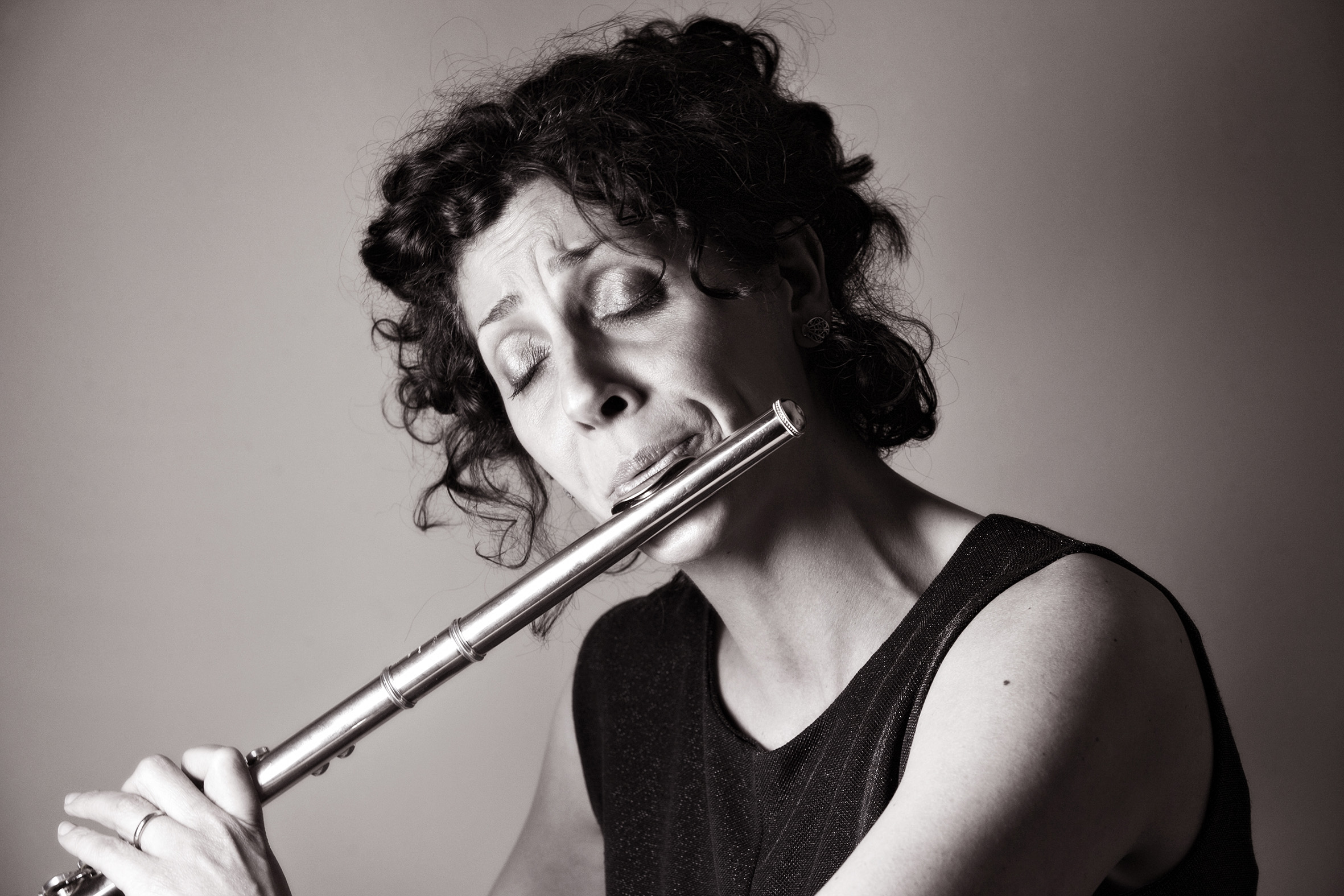 Born in Catanzaro (Italy), Alessandra Rombolá began studying the flute at ten years old and graduated from the ‘Giuseppe Verdi’ Conservatory in Cuneo, Italy. She studied in Italy with the renowned flutist and teacher Conrad Klemm. Later she moved to London, where she obtained a postgraduate certificate in ‘Performance’ and a master in ‘Performance and Related Studies’ at the ‘Trinity College of Music’. She delves into the study of extended flute techniques and, in 2011, receives the diploma of specialization in contemporary music at the ‘Conservatoire de Strasbourg’.

Resident in Spain since 2000, Alessandra Rombolá is one of the most active flutists in the contemporary music and free improvisation scenes. An interpreter of great versatility, she has collaborated with many Spannish composers of the new generation and has been the dedicatee of many works.

She is a renowned improviser and has worked with leading musicians from the European scene, being invited by several festivals in Spain, Italy, Norway, France, Portugal, Germany and Lebanon. Collaborates with the ensembles ‘Espay’, ‘Sonor’ and ‘Neopercusión’. Since 2011 she is solo flutist of the ‘Vertixe Sonora Ensemble’.

Since 2006 she won the competition (oposición) for the post of ‘Profesora de Flauta’ at ‘Comunidad de Madrid’. She has taught on masterclasses of interpretation of contemporary repertoire for flute, interpretation of graphic scores, directed and free improvisation. She currently teaches at the Centro Superior KATARINA GURSKA.