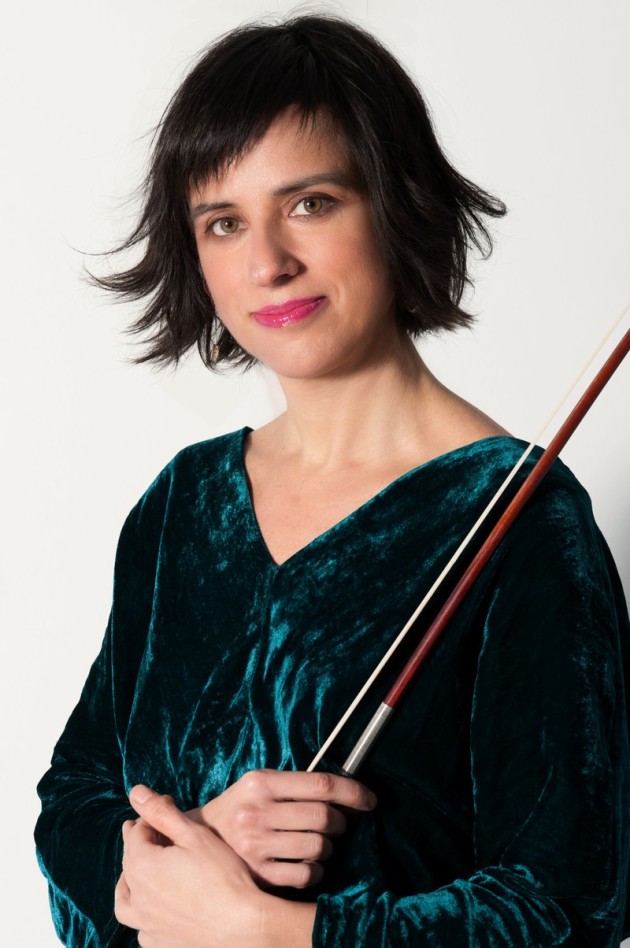 A constant search for new challenges has led Amparo to embrace a lively and inquisitive interest in all-time repertoire, from classical to contemporary. Her interpretations reflect sensitivity, depth and feeling. She plays with a warm, rich sound, nurturing a very expressive phrasing, full of nuance and colour. Two great focal points of her musical life have always been a passion for chamber music and an enthusiastic involvement in teaching.

Amparo has performed and offered master-classes at the Corea International Cello Festival and will present her cello class at the next Cello Biennale in Amsterdam.

Recently she has presented in Madrid and Barcelona a new cd together with the pianist Andreu Riera including Brahms and Röntgen Sonatas. About their prior CD on Solé Recordings Winter in Flames, which features music by Bridge and Chopin, press remarked among other qualities “the intensity, brilliance, exquisite tuning and a delicate Romantic expression” (La Vanguardia), “virtuosity and perfect balance at the service of a sincere expressivity and an interior lyricism, mastery and sonorous beauty” (Javier Pérez Senz, El País).

Recently she has been succesfully performing the Bach Suites around Spain. The critic has written: “… performed without further transcendentalism than the musical, direct communion with divinity without intermediaries. Neither romantic like Casals, grandiloquent like Rostropovich , or historicist like the Dutch or British purists. Personal versions those of Lacruz. Warm, searching and achieving the beauty of phrasing, the fluency of speech. Without following a previous fixed script, or a unique thought.”

She has introduced Spanish audiences the dance/theatrical experience Bach x 2 based on Bach’s Cello Suites, premiering also in 2014 at L’Auditori de Barcelona the Suite de l’aigua show featuring a Carlota Baldrís’ composition for solo cello and electronics and a stage design by Joan Font (Els Comediants). She has also toured Spain, Germany and Italy along jazz piano guru Uri Caine presenting his transmedia project Wagner and Venice and she has performed numerous concerts in Holland with the prestigious violinist Emmy Verhey and the pianists Paul Komen and Nata Tsvereli.

Since 1999, she has been a member of the Kandinsky Trio. They have toured extensively though Europe, America and Asia and their CD of music by Guinjoan was nominated in 2009 as Best Chamber Album by CD COMPACT. Two further CDs, Schoenberg and Barcelona and Clara Schumann and Johannes Brahms received rave international reviews.

After several years of study with distinguished teachers in Spain, England and U.S.A., she became a founder member of Manon, an internationally-known chamber ensemble that performed and recorded a wide range of music almost for ten years. Notorious and much-praised as well was their version of Messiaen’s Quatuor pour la fin du temps.

Within the sonata repertoire, Amparo has partnered pianists Josep Maria Colom, Alba Ventura, Emili Brugalla and Andreu Riera. Her recording of Roberto Gerard’s Sonata for the Italian label Stradivarius has been highly praised. She has broadcasted for numerous radio and TV stations throughout Europe, including Spanish National Radio, Catalunya Musica, Radio France, RAI, Sudwestrundfunk, National Finnish Radio, Euroradio, TV3 and Channel Mezzo. In 2013 she was appointed Artistic Director of the Catalonian festival ‘Forum de Santa d’Aro’, and in 2014 made a stellar appearance in the prestigious Peter de Grote Festival in Groningen (Netherlands).

As cello and chamber music teacher, she is currently teaching at the Liceo Conservatory in Barcelona and has given masterclasses at the Tokyo Kunitachi College (Japan), the Shanghai Conservatory (China), Morelia (Mexico), Lima (Peru) and Santo Domingo (Dominican Republic). Other organisations whom she has collaborated include the Cervera International Music Festival, the Albéniz Foundation at Camprodon, the National Youth Orchestra of Catalonia (JONC) and the National Youth Orchestra of Spain (JONDE).