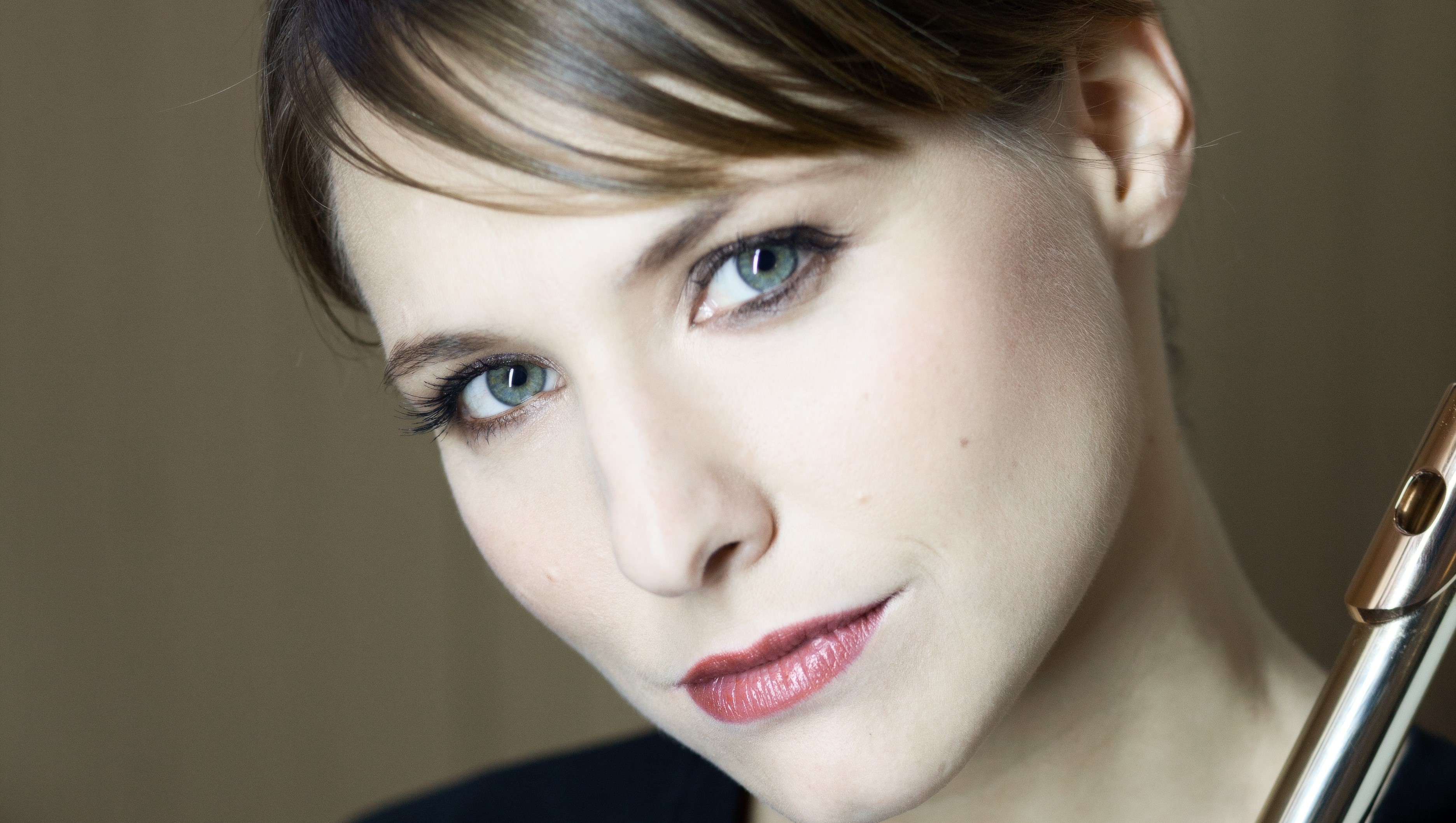 Swiss flutist Aniela Frey completed her Soloist Diploma with Robert Aitken in Freiburg, Germany. Later, she obtained the Soloist Diploma with honors with Jacques Zoon, in Geneva. In addition to her regular musical studies, she had the support of important musicians such as Aurèle Nicolet, Emmanuel Pahud, Philippe Bernold, Hansgeorg Schmeiser and Wolfgang Schulz.

Aniela Frey won several prizes in international competitions both as a soloist and as a chamber musician. In 2006 she won the prestigious international award “Prix Credit Suisse Jeunes Solistes” and was invited to debut as a soloist in the Lucerne Festival. In the same year she performed at the Davos Festival and the Festival of Mont Blanc, where she was awarded the “Grand Prix Zulawski”.

Aniela Frey has performed as a flute soloist in leading youth orchestras. In 2005 she became First Flute at the Gustav Mahler Youth Orchestra and was invited to integrate the Munich Chamber Orchestra. From 2004 to 2006, she played in the Academy Orchestra of the Zurich Opera House.

Aniela Frey has been invited to the Salzburg Festival, Lucerne, Edinburgh and Bolzano festivals, as a soloist, chamber and orchestra musician, under the baton of conductors such as Valery Gergiev, Christoph von Dohnányi, Franz Welser-Möst and Semyon Bychkov. In the summer of 2008 she was part of the Lucerne Festival Orchestra, under the direction of Claudio Abbado.

Since 2007, Aniela Frey is solo flute at the Teatro Real de Madrid and the Orquesta Sinfónica de Madrid. Since then, she performs regularly as a soloist at the Auditorio Nacional de Música and in the Ciclo de Conciertos de Cámara del Teatro Real. In 2008-2012 she was assistant to Professor Jacques Zoon at the Escuela Superior de Música Reina Sofía. She frequently gives flute masterclasses and participates as guest principal flutist at the Zurich Opera House.