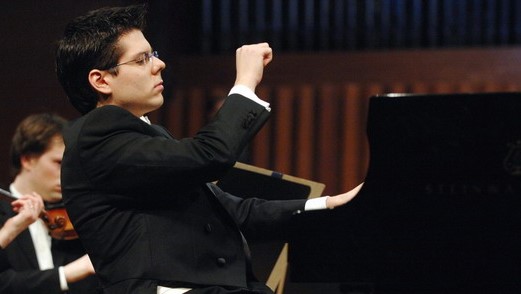 was born in 1986 in Zagreb (Croatia). He obtained the soloist diploma at the “Conservatoire de Lausanne” (Switzerland) and received a master degree at the “Hochschule für Musik in Cologne” (Germany). Between 2010-13 he made further studies with legendary pianist Dimitri Bashkirov, at the “Escuela Superior de Musica Reina Sofia”, in Madrid.

Winner of international piano competitions “A.Scriabin” in Paris and “R.Viñes” in Lleida, and winner of an International Piano Competition in Shanghai, China. He was honored with the diploma of Her Majesty the Queen of Spain.

His own compositions have been awarded and performed in five continents, in cities such as Chicago, London, Amsterdam, Berlin, Salzburg, Prague, Lisbon, Cambridge, St. Petersburg and Seoul, as well as the “World New Music Days” in Sydney (Australia).