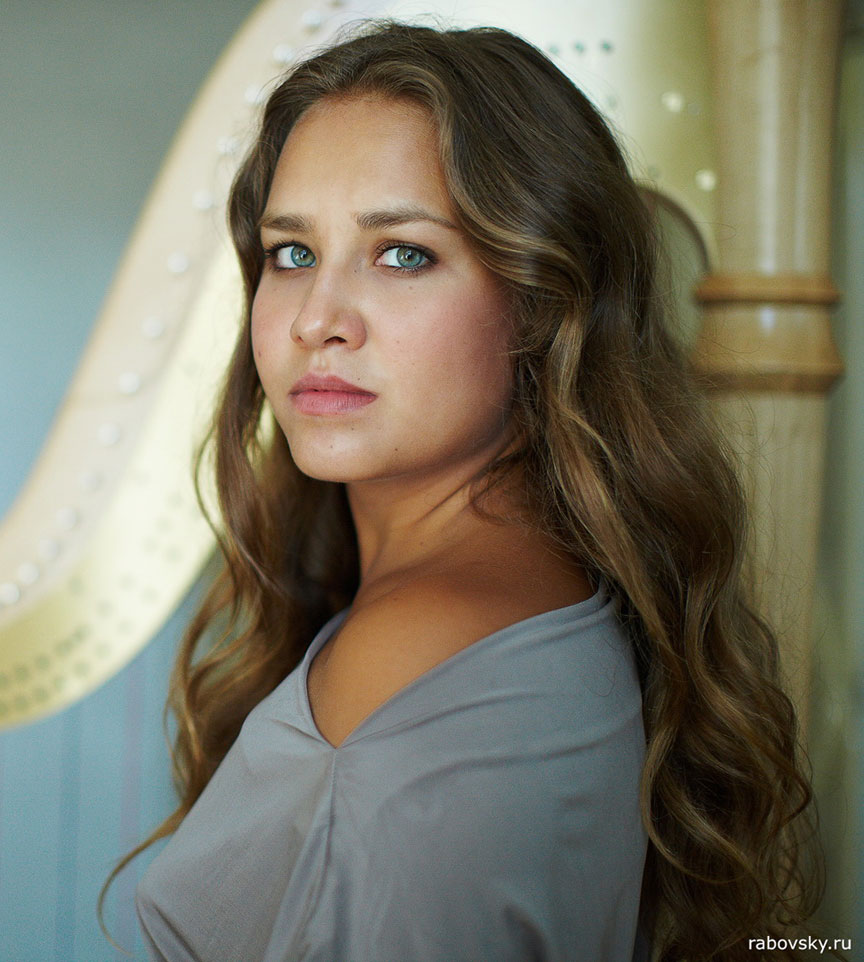 Sofia Kiprskaya was born in 1991. Began to study music at the age of five. Graduated from the St. Petersburg State Rimsky-Korsakov Conservatoire (class of Anna Makarova). postgraduate from athe Royal Conservatory of Brussels (class of Jana Boušková).
Sofia has been working at the Mariinsky Theatre for 12years and is a principal harpist at the Mariinsky Orchestra.

Sofia Kiprskaya has taken part in the European harp congresses in Lyon and Cardiff, in the World Harp Congress in Amsterdam and the World Harp Congress in Sydney. Participated in the international festivals Virtuosi of the Planet, Musical Olympus, Crescendo, festivals in Russia under the direction Denis Matsuev, Palaces of St. Petersburg. Performs annually at the Mikkeli Festival, Moscow Easter festival and Stars of the White Nights festival under the direction of Valery Gergiev. Sofia gave a recital at Carnegie Hall.

Sofia is a founder and inspirer of The International Harp Festival Northern Lyre in memory of Yoko Nagae Ceschina. Since 2017 the Festival has taken place every year in St. Petersburg,in a Mariinsky theater. attracting the most prominent harp professionals from all over the world.

Regularly appears in charity concerts and master classes.
Frequently tours to cities throughout Russia, Europe, Asia and the USA.